Wineries and wine brands around the country and world are reporting shortages in packaging and production materials, while simultaneously experiencing logistics headaches as they work to get the resources they need to transport their wine to consumers. While this doesn’t necessarily mean there will be less wine available during the holidays — or that prices for your favorite bottles will skyrocket — the challenges shed light on the complicated dance that wine producers perform behind the scenes to deliver perfectly timed wine shipments to homes, restaurants, and shops. 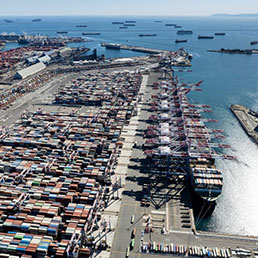 Rich Chapman is the chief supply chain officer at Saxco, an international company that provides packaging solutions to the wine industry. He says that the global supply chains upon which the wine industry relies are currently challenged by some of the most extreme circumstances of his 20-year career in the field. Issues in the past were more isolated — strikes, hurricanes, power shortages — but this problem has longer legs. “Everything from glass to transport is completely strained,” says Chapman. “Glass demand is through the roof.”

Generally speaking, glass for wine bottles is made in furnaces, where it can be melted and reused many times. According to Chapman, a commercial glass furnace can cost somewhere in the ballpark of $100 million. Once it’s up and running, a furnace fires 24/7 for around ten years, until it is shut down at the end of its life. In other words, it’s not the sort of enterprise that can be ramped up or down in accordance with shifting circumstances.

For many wineries, “just in time turned into just in case,” says Sean Gallagher, Saxco’s general manager of the western region. “Sometimes, by the time you know what you need, the decision point for securing containers has passed,” he says. He’s reminded of the “pantry loading” mentality that influenced households during the pandemic. “People want to feel prepared to weather unexpected events,” he says. And in winemaking, it can be hard to predict a realistic view of upcoming needs.

But this doesn’t automatically mean that wineries can’t move forward with their cellar and bottling processes. Gallagher says that some wineries are selecting bottles that are “close enough to deliver consistently,” even if their ideal packaging isn’t available. This could mean a slightly different bottle weight, shape, or color, depending on the product.

Austin Beeman is the vice president of marketing at Cutting Edge Selections, an importer and distributor in the Midwest. His company had a significant order of wine from Bordeaux that wasn’t able to ship because cardboard shipping boxes were unavailable. He says this has both short- and long-term impact. “The retailers and restaurants that would have sold those wines are now selling something else,” says Beeman. “Once you lose a placement, especially a glass pour, it is very difficult to get it back.” 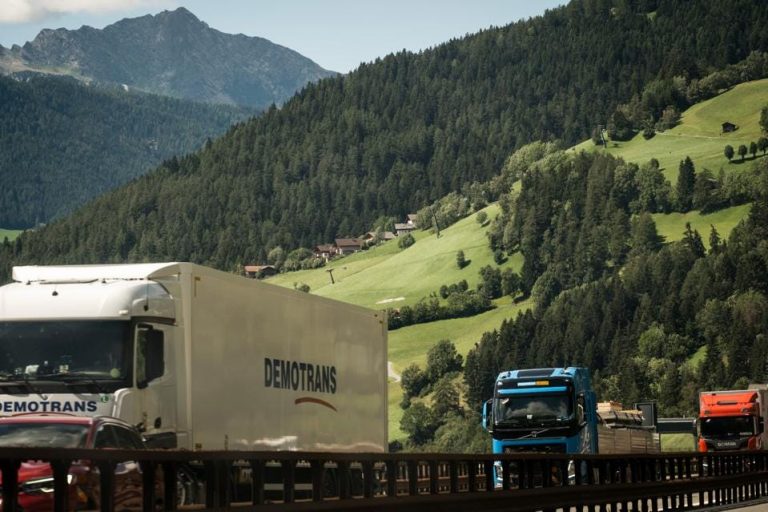 In some places around the world, capacity isn’t the issue. But other shipping constraints have placed a squeeze on supply. Container ships stuck in ports, freight fare increases, labor shortages, and other economic circumstances in part due to the pandemic have set supply and demand for glass and other packaging products off balance.

Reka Haros is the proprietor of Sfriso Winery, a family-owned micro-winery in Northeast Italy. She felt the pinch last year when her shipment of wine to the U.S. took more than 100 days in transit due to a lack of containers and delayed processing when the wine finally arrived at the port in Los Angeles. She’s now reporting that she and other Italian vintners have seen an increase in costs for not only glass but also paper, wood, metal, and energy service. “It’s a situation in transition at the moment, so the rise in prices has already happened in some cases and will still roll out in others,” she says.

In addition to the pressure on international deliveries, Haros says that the lack of commercial drivers in the European Union has caused delays on deliveries closer to home. “So far, we have started experiencing delays, like two days from our winery to Verona, which is 180 km away,” says Haros. “That shipment should have been delivered the day after shipping.”

The mandatory health pass demonstrating a COVID-19 vaccination — the Green Pass — is now required to work in Italy, and this has also influenced a preexisting driver shortage. Ivano Russo, director general of Confetra, the Italian General Confederation of Transport and Logistics, told the European press that of 900,000 truck drivers, couriers, and warehouse workers, “between 25 and 30%” do not hold the Green Pass and thus won’t be eligible to work in Italy.

Rising Costs in the Supply Chain

So what does this mean for consumers, particularly with the busy holiday season approaching? Wine producers are concerned with keeping costs stable and providing plenty of products to their customers. “With our glass going up almost double, the hardest thing will be for us to absorb this cost,” says Julien Teichmann, winemaker at Keller Estate in Petaluma, California. He says that the winery will try not to pass increased costs for materials and shipping to consumers if it can be avoided.

He also credits vendors for doing their best to communicate clearly with the winery about pricing and lead times. Everyone is working behind the scenes to keep prices in check. “We hope that consumers will order directly from small wineries as this will certainly help us in the long run,” he says.

Scott Smith is president and chief executive officer at Plata Wine Partners, a wine producer and brand development firm in Napa, California. He reports that his company’s costs from suppliers have increased 5 to 20%, depending on the supplier and the immediacy of the bottling date. He says that the wine industry has been resilient in coping with the impacts of the pandemic, but the introduction of additional complications has raised the stakes.

Smith says that the current issues center on plant capacity and labor shortages across every aspect of production and delivery: shipping, trucking, and unloading of goods at a warehouse. “As an example, we had to air freight [wine bottle] closures to the U.S. for finishing production to meet our bottling date and new product launch, versus the normal shipping and unloading at ports,” he says.

So, when will things ease up? Chapman, the supply chain officer at Saxco, is constantly in touch with his industry network around the world and he says at this point it’s wise to look at the horizon as a matter of years. “If container capacity frees up in 12 months, the chain will move closer to equilibrium, but it could be longer term, two or three years,” says Chapman. “It’s anyone’s guess.”